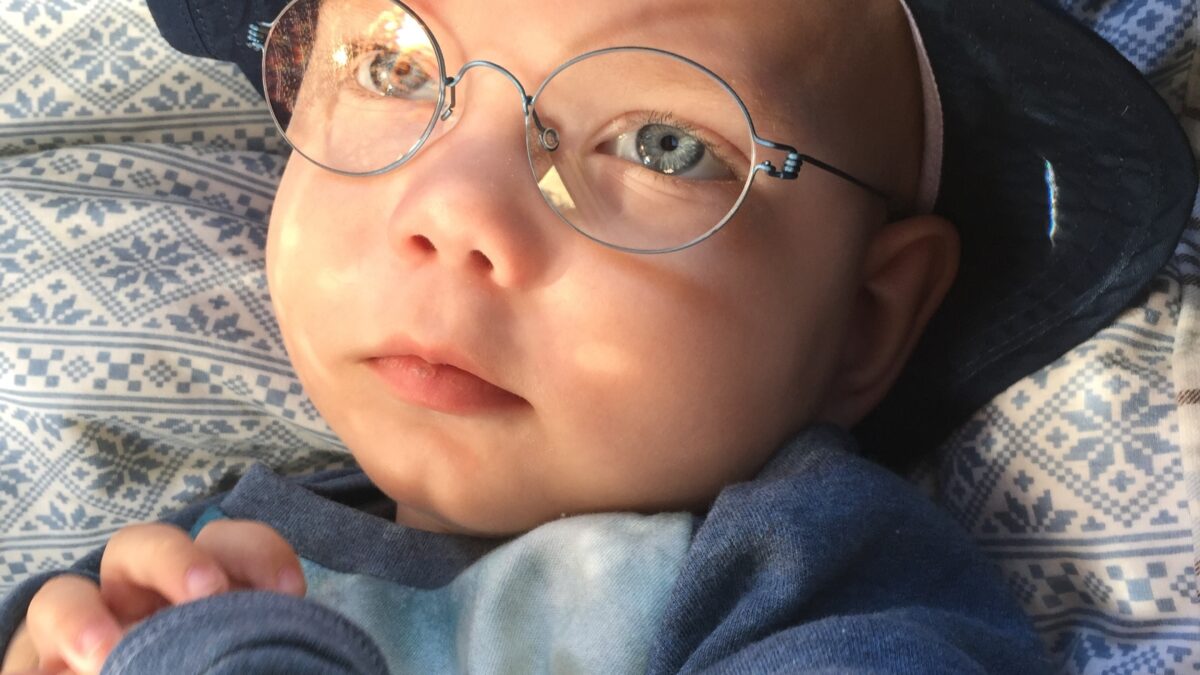 Welcome to our part of the world, Victor(y) Care !

We are Kamilla, Mads and Nishil 🙂 – and we work with a team of developers, designer and content writer and advisors to bring Victor(y) Care to life.

We designed Victor(y) Care for Kamilla and Mads’ son Victor Elliot. Victor Elliot was born with a Glul1 defect. At first there was really not much to see, he looked perfectly fine as any infant baby would. It was not until a couple weeks later that Kamilla noticed Victor Elliot had unusual behaviour. Little did we know that he had just had his first epileptic seizure. We were stunned as parents wanting answers quickly. However, that is not how it went…

After months of visiting doctors in different hospitals in Norway we came to learn that Victor Elliot had a genome – defect called GLUL1. It turned out it was devastating news learning about this genome defect. Very few in the world has it, and life expectancy is not good, 5-7 years, maybe a bit more. There was really not much to go on here, as only 4 other children had been diagnosed with this illness, in the entire world. It later turned out Victor Elliot was the only one in the world with this particular variation of the genome mutation.

Fast forward 12 months and Victor Elliot was growing and looking sweet as ever but now requiring 24/7 care. We as parents cared for him at home with assistance from the local municipality home care services. In and out of hospitals for testing etc. and the epilepsy grew stronger and stronger, and imposed learning difficulties with Victor Elliot. He had at that time no language as such, and could only express his needs and wants with sounds.

This was about the time where we began taking notes about how he was doing. A lot of notes…

We used the 24-Hour Clock to communicate Victor Elliot’s health and wellbeing to 30+ people involved in his treatment and care process. We did it for almost 3 years until his passing April 10. 2019. Having logged his wellbeing, activities and medicine intake on a paper version of the 24-Hour Clock, enabled us to communicate to the doctors and other stakeholders how Victor Elliot was doing. We came to know every minute of his days and nights, and we quickly identified causes of why a change in activity or medicine could impact his wellbeing. With this knowledge we knew we had the power to cater for a better dialogue with the doctors, and thereby make sure Victor Elliot got the best possible treatment plan. This was an ever-changing event, and instead of changing his medicine ever 6-8 weeks (which was the normal check up incremental with the specialist), we changed his medicine every 1-2 weeks as his condition was ever-changing.

It was in 2017 Kamilla started to pitching the benefits to Mads about a digital version of the paper version, and soon Mads had got Nishil on the team to find ways to develop an app that we could use for Victor Elliot. It took 18 months for the first pilot. We used it for 3 weeks, when the awful time came and Victor Elliot died April 10th 2019. From that date everything became a blur for quite a while, and we archived the project. Nothing made sense at the time, and perhaps nothing should make sense either. The grief was overwhelming, and persistent for a long time.

After 6 months time we began getting questions if we could finalize the app and release it for others to use. We thought about it and came to the conclusion that this was an opportunity to help others with their challenges communicating their health and wellbeing, but also for ourselves to make sure Victor Elliot would continue to set his small foot prints in this world.

We are grateful for the time we had with Victor Elliot and for all the help we ever received to give him the best possible care. That allowed Kamilla and I, first and foremost, to be Victor Elliot’s parents, but also to meet so many wonderful healthcare professionals with whom we have the deepest respect for.

We cannot use the app for Victor Elliot anymore, but we can pass on what we have learned and that’s why we  now offer Victor(y) Care for free for you out there, who has a chronic disease and might need some help to communicate how you are feeling in your own personal journey.

Any cookies that may not be particularly necessary for the website to function and is used specifically to collect user personal data via analytics, ads, other embedded contents are termed as non-necessary cookies. It is mandatory to procure user consent prior to running these cookies on your website.